What a big day for VMware, monsters, and organizations looking to advance from physical to virtual to cloud.  The launch webcast was very well done and @jasonboche was right in his blog; the firehose of tweets and blogs was unreal!  I personally thought the analogy of paralleling the history of Microsoft bundling individual apps into “Office” and VMware grouping products into “Cloud Infrastructure” was effective.  Why?  In a lot of ways the IT community is loosing some perspective of the forest from the trees.  Grouping the focused “trees” of VMware into the forest of Cloud offers helps to message upstream from the admins, who are avid “treehuggers”.  It’s all uber important but the real battle at hand is now at the app layer, platform layer, and CFO (not CIO).  As Herrod said it best it’s about acceleration (speed to virtual and cloud) and amplification (density, automation, replatforming).

I run into a lot of organizations that talk about tier 1 apps.  With vSphere 4 and specifically 4.1 there was more than enough horsepower to run any app I found.  Now with this release the monster is unleashed.  I predict this won’t lead to super large vm’s but instead a monster design option for vm density and datacenter/cloud.  As usual the price of the hardware density may be a limiting factor (i.e. – the cost of super dense physical ram).  Some of the key updates features to me are:

“Virtual Monsters” may be needed for dense & demanding VDI 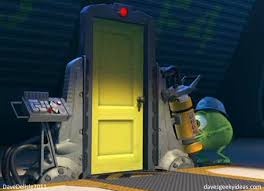 New licensing model for the “Virtual Monster” – scary or not?

Holy crap has the user market reacted!  VMware has P2V’ed the licensing in the attempts to move towards a more elastic, vm centric licensing model.  In the coming days and weeks this topic will get mega-analyzed and below is a great blog around this topic:

Site Recovery Manager has been the classified “easy button” for virtual data centers but has never fully been embraced for either failback or as part of a “cloud” stack, especially associated with vcloud.   SRM5 brings tons of new innovation (details here http://goo.gl/BngE8) but the big one for me is the host replication.  Requiring array based replication in the past has been a limiting factor but it’s also provided a bit of enterprise stability to the framework.  Specifically the ability to have SRM execute a runbook to restart vm’s from application consistent states seems critical.  This has typically been done with array based snapshotting and replication.  Moving that to the host will be cheaper but presents challenges to get the data in a restartable format for the site to recover.

Get it? Characters, script, video... packaged up for automation.

I’ve run into a several account that expressed issues with the Oracle database requirement so the new SQL option is very welcomed!  vCD 1.5 also brings linked clone technology to help in space saving issues but also might raise questions about if array based technology dedupe might deal with that better at scale (this thought comes from issues raised with View/VDI linked clone moving forward at scale).  Also there’s a prototype of an iPad app for accessing the administration (cool).

Ultimately this is one of the best ways an organization can get an app store in the short term.  CIO checklist…  hello!

As a VMware Premier Partner, Nexus has had access to the betas for vSphere, SRM, and the VSA.  We do focus on understanding these upcoming advancements to help organization and the vmware community to leverage the new goods.  In the coming weeks and months Nexus will be working to have each of these new versions running in our Showcases and vPods to get people some actual hands on experience.

@jtroyer will have his hands full…. enough said.  BTW, nice cameo in @herrod behind the scenes video here: http://goo.gl/cfjzB

Top blog sites for this update…

Industry and IT Executive